The map below shows the sanitary districts defined by Doctor John Leigh (1812-1888), who served as the first Medical Officer of Health for Manchester.

A set of maps were drawn for each district exhibiting the age of each block of buildings within their boundaries. 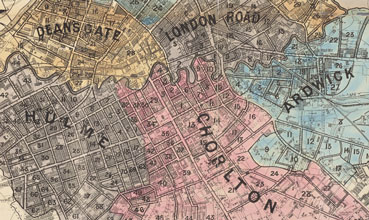 ‌There are 34 map sheets in total which cover the following districts: 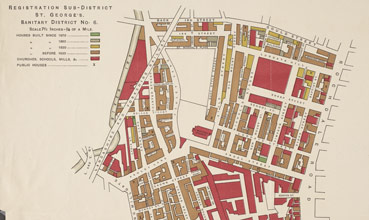 The categorisation provides an indication of the condition of the properties and sanitary standards of the surrounding streets.

Civic and industrial land use is shown by red shading and public houses are marked with a cross.